Al Hoota Caves: Discover the Mysteries of these Prehistoric Caves

Estimated to be over 2 million years old, Al Hoota Cave is situated at the foot of Jebel Shams only a short drive from the View Oman, less than 20km away from the resort. The Cave derives its name from the village where it is located and is considered to be the only show cave in the Arabian Peninsula.

These ancient stone caves were probably carved out by water. Similar to other cave systems both in Oman and around the world, the Al Hoota Cave was probably formed through the dissolution of limestone by acidic water. Rainwater on absorbing carbon dioxide from the soil or the atmosphere produces a very dilute carbonic acid solution which can dissolve limestone as it moves across it, forming structures like the Al Hoota cave. It is generally accepted that it takes some 100 years for the water to dissolve through 10mm of rock so one can only imagine that it took a substantial amount of time to create something as stunning as the Al Hoota Cave. The mineral deposits create some truly fascinating features as water drips down to or moves through the cave systems. Probably initially formed millions of years ago, one can see the stalactites hanging from the ceilings and stalagmites reaching up from the floor that have grown here, with some of the columns and curtains you will see in the cave having been shaped over millions of years.

The cave extends for 5 kilometres underground, but visitors are allowed access to only part of the cave extending to a distance of 860m via a guided route which ends in a lake within the cave. Visitors to the Al Hoota cave systems are only allowed to explore the one section marked for access as vast sections of the interior of the cave have been sectioned off to be preserved for heritage reasons and for other purposes. 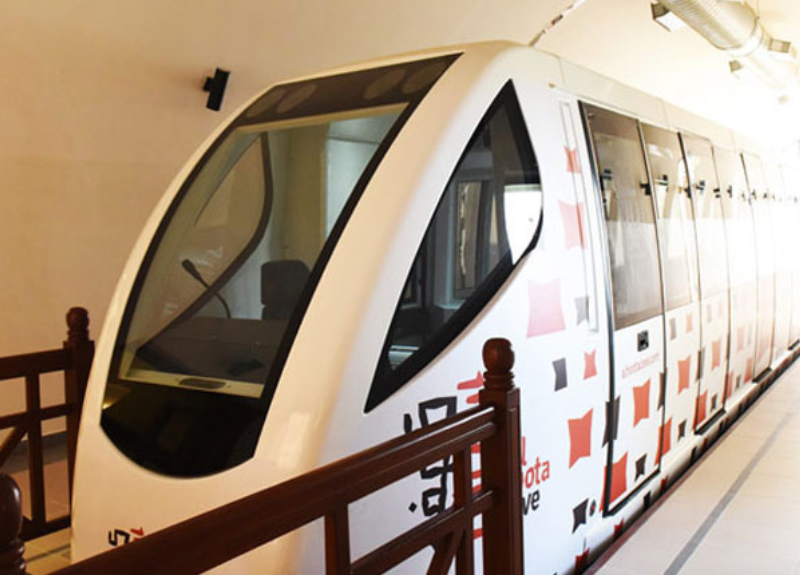 One first ventures through the visitor centre into the caves by taking a ride in the electric train to the inside. The cave has been adapted to welcome visitors, and has guided tours led by locals, as well as cave lights which ensure minimal disruption to animals. The tour, which lasts around 45 minutes, is highly informative as it provides a local’s unique insight into the cave, its history and its natural beauty.

The cave has two openings through which water cascading from the mountaintop enters via the Al Hoota hole, and exits through the other Al Falaah hole after passing through the connected cave passageways and different sections within. The cave supports an extensive ecosystem with four lakes inside it. Three of these lakes are located in the north of the cave, and the fourth is located in the middle of the cave and can be visited on foot. 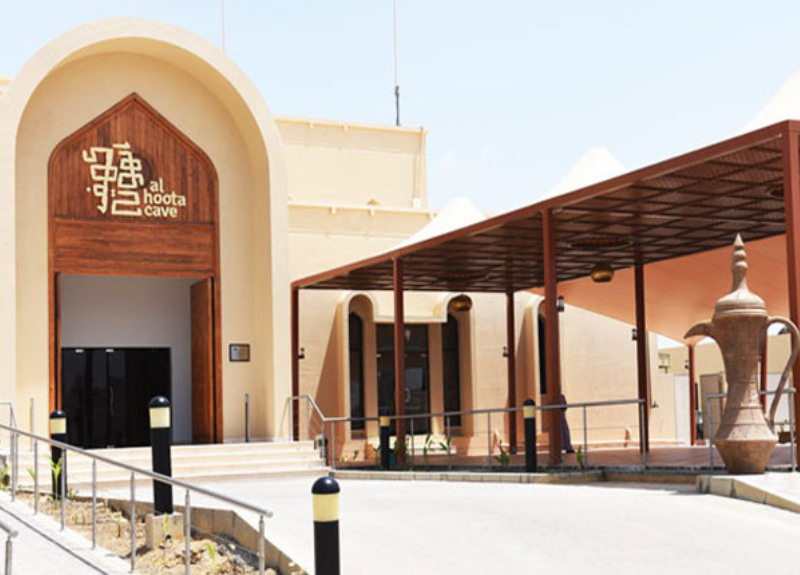 Experts believe that The Al Hoota Cave Lake contains about thirty-thousand cubic metres of water, with its length extending to 800 metres, its width to 10 metres, and its depth averaging at around 15 metres managing to hold multiple species of ‘blind fish’ among other residents that live in the dark here. The lake is located at the end of a footpath and is rumoured to extend up to Tanuf Valley in wilayat Nizwa. The blind fish in the lake are numerous- some without eyes but having long bristles to sense their food, while others have tiny eyes. Among the residents of the lake is a rare type of blind fish, coloured a translucent pink where one can see the skeleton of these small fish.

Visitors can also opt to combine the cave visit with a trip to Nizwa to experience the spectacular Nizwa Fort and souq. Or even head to the villages of Al Hamra to admire the traditional architecture there or visit the beautiful Misfit al Abryeen. One can enjoy taking a pleasant stroll through Wadi Tanuf or do the rim walk at Jebel Shams before heading for lunch at Al Hoota followed by an afternoon visit to the cave. The caves are an almost two hours' drive from Muscat and only half an hour away from Nizwa. 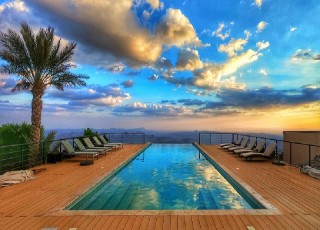 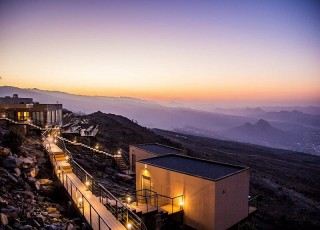 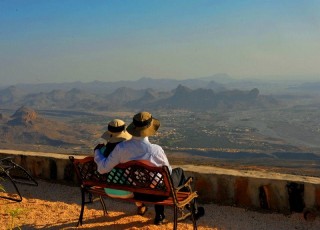 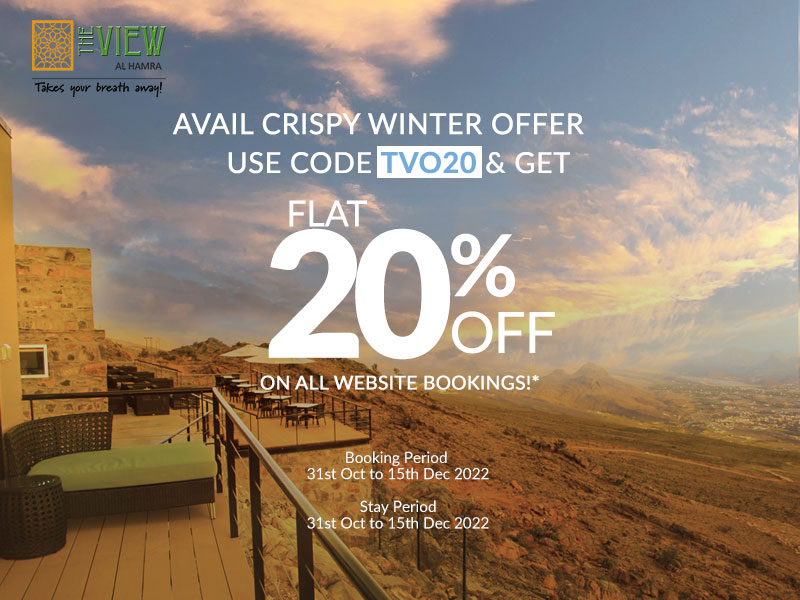